Home  /  Updates   /  Want to Know the Meaning Behind the Rituals of a Traditional Telugu Wedding? Read On! 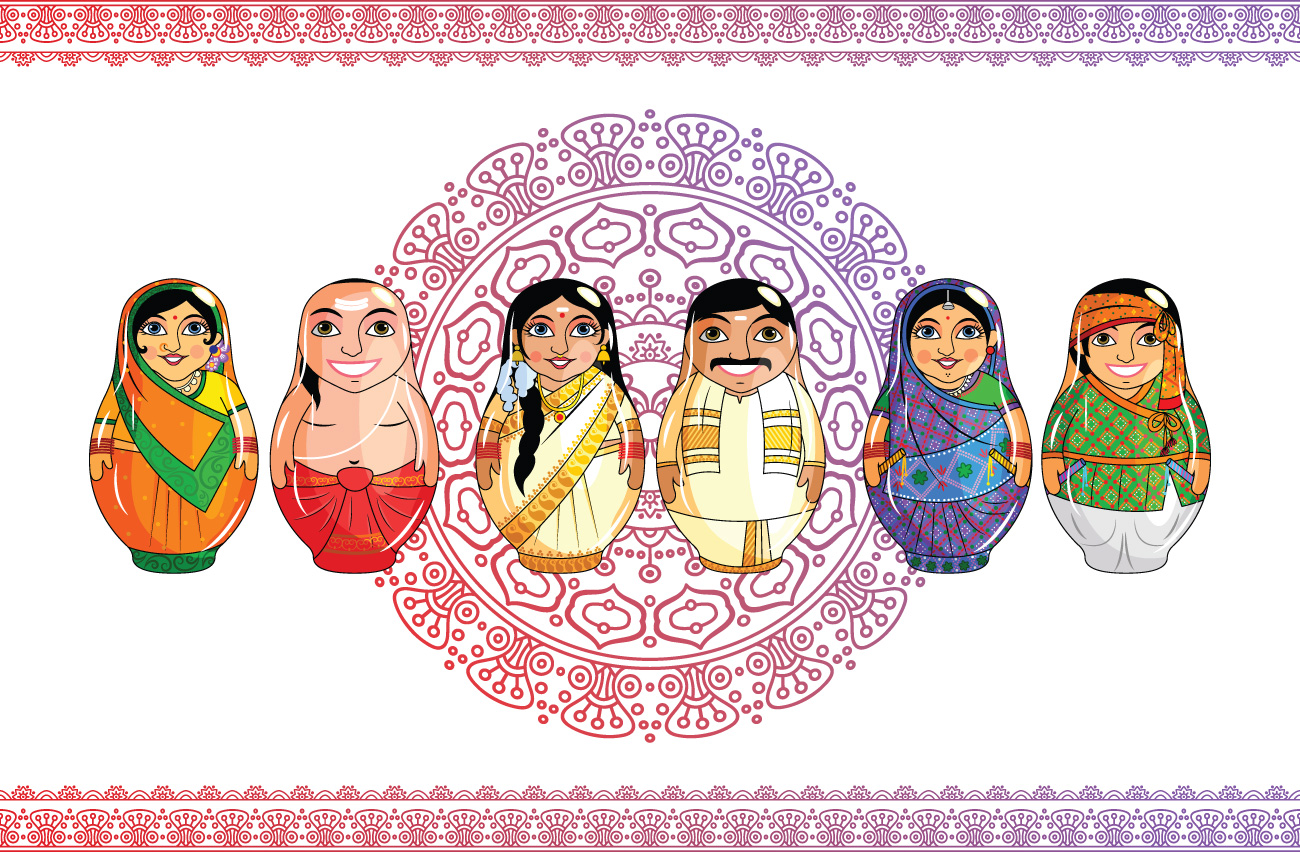 Want to Know the Meaning Behind the Rituals of a Traditional Telugu Wedding? Read On!

The first thing that comes to our mind when we talk about a Telugu wedding are the colours – the sumptuous green of the mavidakalu (Mango leaves), the pleasant aromatic yellows of the pasupu kommalu (turmeric pods) and the undeniably rich reds of the kumkum (vermillion). You will never miss these three elements in a Telugu wedding which play an important role – right from the beginning, through the wedding. The mango leaves are used for decorating the mandap and the houses of the groom and the bride as it is an indication of a celebration and is meant to welcome Goddess Lakshmi. The significance of the mango leaves is mentioned in Bhagawat Gita too. The pasupu kommallu or the turmeric pods are used in most of the rituals, in fact, it is considered to be a holy act if turmeric paste is used in our bathing ritual too. It wards off evil and is supposed to give your body a healthy glow. Kumkum is offered to our Gods and Goddesses and is supposed to absorb a divine energy, which explains its sacredness.

Running helter and skelter with plates full of fruit and coconuts, the families of the bride and the groom cannot be disturbed at all. You will find them everywhere, sometimes asking if you’ve eaten, and sometimes attending the purohit. A commonly referred term in our Telugu weddings ‘pelli sandadi’ is how one would explain all the excitement and rush in a Telugu wedding – A treat to look at, a delight to be a part of. The other important thing one would look forward to is, the pelli bhojanam (wedding food) – a true affair with ambrosia. Ladles of steamed rice in served hot on an arati aaku (banana leaf) with different types of curries, dal, sambar, pulihora (tamarind flavoured rice), with papads, chutneys, and pickles. One can never get enough. The family members of the bride and the groom take an active participation in serving food to all the guests.

We could go on with all the festivities of the wedding, but before that let’s dive into the world of Telugu rituals.

This is the beginning of the wedding where the man or the woman are dressed as the groom or bride. The entire family takes part in this pre-wedding ritual, where a pandiri (a stage) is set up using the arati chettu (banana tree branches) at the houses of the groom and the bride. The bride and the groom are bathed in holy water that is mixed with tulasi leaves, pasupu etc. On the day of this ritual, the bride’s family conducts a Satyanarayana Vratam and Tulasi Pooja at their residence.

This is also a pre-wedding ritual that is conducted by a purohit on the day of the wedding to purify the groom from all the sins and bless him with a healthy body and mind as he begins a new chapter of his life.

Kashi Yatra is a fun ritual where the groom slips into a pair of slippers and carries an umbrella and dresses minimally and pretends to set on a journey to Kashi to renounce worldly pleasures. The bride’s brother pleads and convinces the groom to marry his sister. When the groom agrees to marry, he is welcomed by the bride’s parents with a spectacular gaiety, which is the ‘edurukolu’.

Kanyadanam (Giving the bride away) is a ritual where the bride is given away by her parents to the groom. In a Brahmin wedding, the maternal uncles of the bride carry her to the mandap in a bamboo basket, which is yet another endearing act. The bride and the groom do not see each other till they are married. In the kanyadanam, the bride’s parents wash the feet of the groom, as the groom is considered as the Vishnu Murthy in the wedding.

Madhuparakam is the ceremony where the bride changes into a white saree with a red border and the groom wears a white dhoti for the next rituals of the wedding. The red colour signifies strength while the white colour represents purity.

The mangala sutram is touched by all the married women at the wedding as a blessing to the bride, and the groom performs a prayer to the Gods before tying the mangalasutram around the bride’s neck. The groom ties three knots of the mangalasutram to represent the mental, physical and spiritual union of their togetherness for 100 years. The couple is blessed by all the guests with akshinthalu (rice mixed with turmeric).

In a pot full of milk and rose petals, a gold ring is dropped and is brought to the mandap. The bride and the groom put their arms into it to see who picks the ring first. It is a very exciting game for the ones watching the bride and the groom struggle and fight for the ring in a humourous way. The first one to pick the ring puts it on the other’s finger. This is a game in which the bride or the groom have immense fun, lose sometimes for the sake of the offer person and indulge in just some light hearted fun.

With these rituals, the wedding comes to an end. But it is only a fresh beginning for the bride and the groom.